The Premier League Is Back- What Can We Expect? 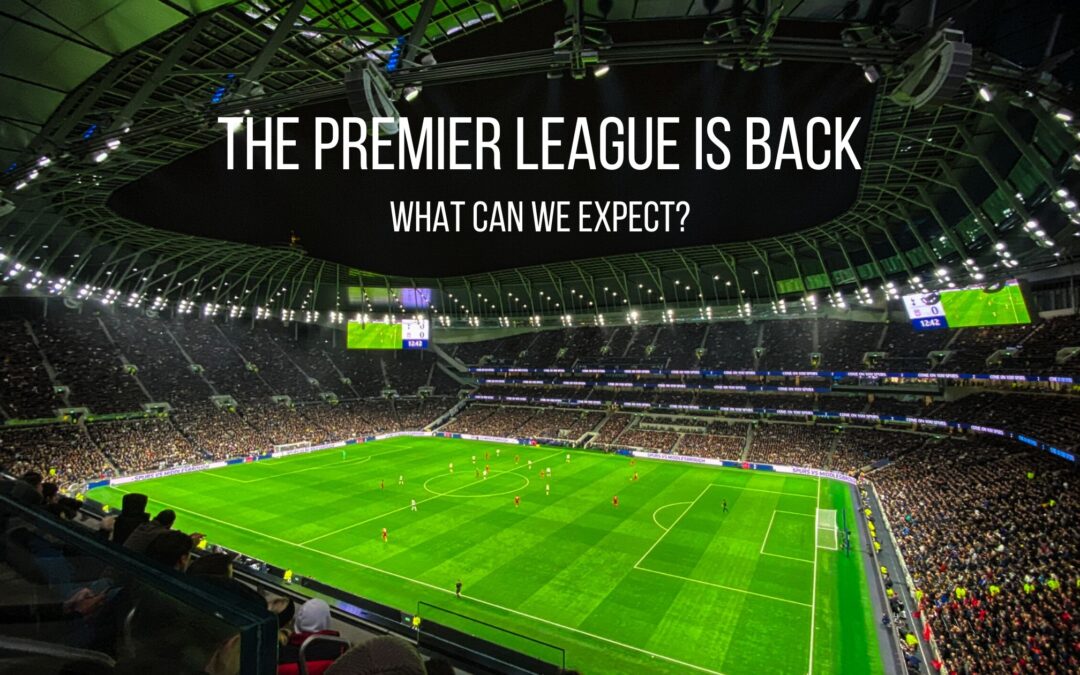 Over the last month we have enjoyed the return of top flight football in first Germany and then Portugal, Spain and Italy, but fear not, we don’t have to wait much longer until we have the Premier League back. But after three months away, what can we expect over the next few weeks?

One of the first rules changes regarding football returning was allowing sides to make five subs per game for the remaining fixtures. This seems like a sensible option to reduce the strain on the players and keep them fit for the heavy schedule of fixtures coming their way. We have seen how this has worked in Germany, with sides often making a couple of subs at half time in moves that look pre-planned. This could work quite well for sides with larger squads and players looking to make an impact. The bonus of this is that games should maintain a higher tempo as a result of fresher players on the pitch.

With so many games in such a short period of time there is also the risk that players will pick up more injuries, particularly muscle strains in the first few games back. Again, this was prevalent in Germany in the first couple of gameweeks but could also be due to the fact that the German FA had scheduled two sets of fixtures in the first week back. Time will tell whether this will have the same effect on the Premier League sides, but potentially could be a knock-on effect into next season, whenever that may be…

Teams have already started releasing the new kits, sponsors and kit suppliers after a lot of deals ran out at the end of May. Liverpool stand out here, after their deal with New Balance originally came to an end on 30th May with Nike due to take over from that point. However, an agreement has since been made between and they will finish the season (and most probably lift the title) in the New Balance kit from this season. Conversely, Bournemouth last week released a new kit with Vitality now taking over the reins as the main shirt sponsor for the remaining nine games. This kit has gone down well with the fans and so will be nice to see kits for more than the customary one season most shirts get in modern times.

Players In or Out?

One of biggest talking point over the last few weeks has been whether out of contract players will be kept on or left without a side until they can be signed as free agents. Some, like Lallana at Liverpool have signed short contracts allowing them to carry on until the end of this season, whereas Fraser at Bournemouth and Taylor in the Championship at Charlton have decided not to. The argument for them taking this option to not play is that they don’t want to risk getting injured and scuppering chances of a big money move elsewhere when they are released. This has not gone down too well with fans of those clubs expecting players to fight for the team, especially with both sides facing relegation battles.

And finally, probably most importantly, lockdown lids. We’re so used to the sharp haircuts Premier League players sport nowadays, but with barbers off limits during the last few months, it’ll be interesting to see who’s had a go at cutting it themselves and who has let it go wild. Our money is on the Burnley squad having a number 1 buzz cut all over.

What does it mean for The Shirt Framing Service?

During this unprecedented time, we have kept ourselves busy at the TSFS framing lots of shirts, gloves, bibs and other memorabilia for customers as safely as possible and we hope to continue being busy as clubs return to action and players possibly donating the matchworn shirts that fans might want to frame and cherish.