For a long time now we have been offering LED lights and we have never really shouted about it. Now you may think that LED lighting that is something ready availible in frames but ours are different.

We have tried for a long time to get a god LED light system which is good quality and doesnt break the bank .. and now we have found one. The LED Lighting systme that we now use, Has much Brighter lights, is still Remote operated but also has the option of operating Via Phone or even Alexa. There are now a huge selection of colours which you can change, Flicker or even flash in time with music. 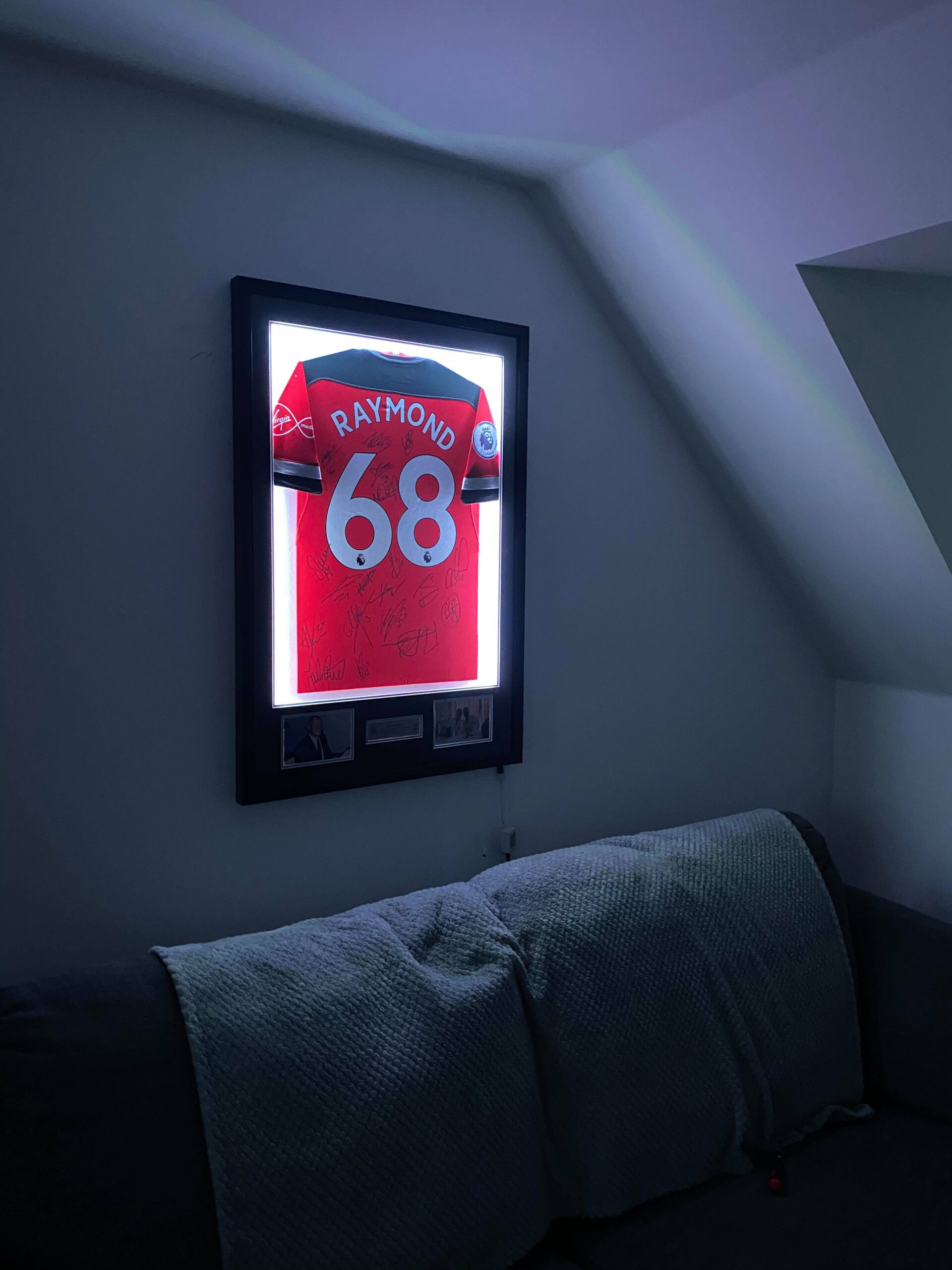 One of my personal favorite options with this is the pallette choice which is available on the Lighting phone app. This allows you to take a photo of your item and the LEDs will colour match to that. It looks unbelievable. There are also further functions such as playing the lights playing alongside a movie, dimming when the colour on the screen darkens.

These lights are now available to add on for just £75 to the Following Products: