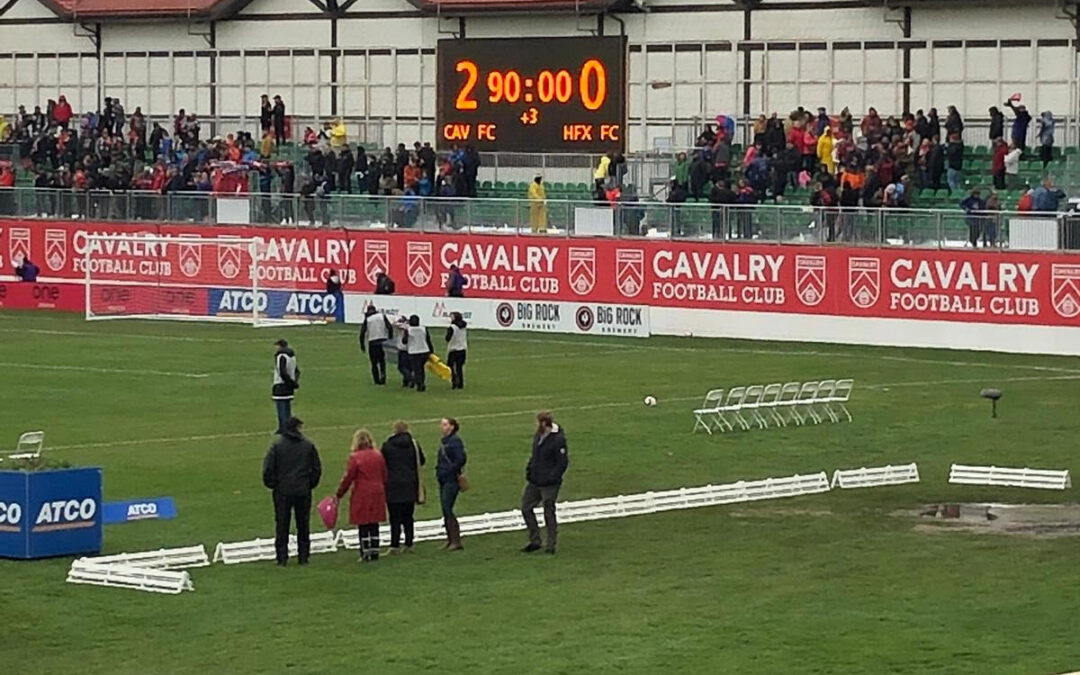 The Shirt Framing Service have had the chance to chat with Craig Molyneaux, a long-time friend and ex-teammate who moved out to Canada a few years ago. We spoke to Craig about football in Canada, the newly formed Canadian Premier League and how the coronavirus has affected the sport across the Atlantic.
TSFS: You moved out to Canada a few years ago, what’s the biggest difference you’ve seen in the football over there compared to England and how is the league made up in terms of teams and youth structure?
Craig: Canada have recently created a new league to go under the MLS so it’s just getting started therefore the tempo of play and the ability of players is very much behind England, but like the MLS we’re hoping for it to kick on in the next few years. There are seven teams currently in the Canadian Premier League, with Atletico Ottawa joining this season. In terms of rules, there are a few limits placed on sides to encourage Canadian players to come through the system here, so for example there has to be minimum of six Canadian players starting each game and sides have to give players under 21 a certain amount of minutes each season.
TSFS: What other sports does football compete with in Canada?
Craig: The main competition here is ice hockey and the NHL. Its by far the biggest sport here. Calgary Flame are my local NHL side, but we’ve also got the Calgary Stampeders who are a Canadian football team – it’s pretty similar American football that most people watch with a few small difference.
TSFS: Who is your soccer club in Canada; and who are the favourites to win the league, when the season is able to restart?
Craig: As I moved out to Calgary, I’ve adopted Cavalry FC as my local side. The side was set up a couple years ago and we finished top of the overall table in the first year of the Premier League, where the season is split across two “mini seasons” – one in the spring and one in the fall. In Canada the league winners are decided in a finals system, and unfortunately we lost out to Forge FC in the final. Cavalry and Forge FC are probably the favorites for this season again. They are further ahead in ability and team unity than most of the other sides.
TSFS: What affect has the coronavirus had on the Canadian Premier League?
Craig: Like everywhere, the football stopped when Covid took off. But they have now managed to kick the season, going down the same route as the MLS and playing all the games in one place. So there is one base stadium in Prince Edward Island where the games are going ahead behind closed doors – they’ve called it “The Island Games”. They’ve also made the season shorter so each team only plays each other once, before going into play offs for the top four sides.
TSFS: Are there any players currently playing In Canada who played in England?
Craig: There are a few players in the league who started their careers at sides in England like David Edgar and Tomi Ameobi who were at Newcastle, but as the league is just establishing itself, there hasn’t been chance to sign any big name players so far. The idea of the league at this stage is to get Canadian players playing football and getting game time, with a lot of them then being looked at by MLS sides.
TSFS: Are there any young Canadians we should be looking out for?
Craig: The big one would be Alfonso Davies, who you have probably heard of by now. He started out at Vancouver (in the MLS) and moved to Bayern Munich a couple of years back. At 19 he has massive potential. I’d also point out Jonathan David who’s just 20 and has recently moved from Gent to Lille for big money.
TSFS: And finally, is a role in football something that you’d like to pursue in your career?
Craig: Long term, my vision is to stay in North America and I’d really like to become a player scout at a big side; either in the MLS or Premiership for North America. At the moment I’m really enjoying living in Calgary and watching Cavalry FC (when football returns) so I’ll see what openings arise!