How have we filled the gap of live sport in lockdown? 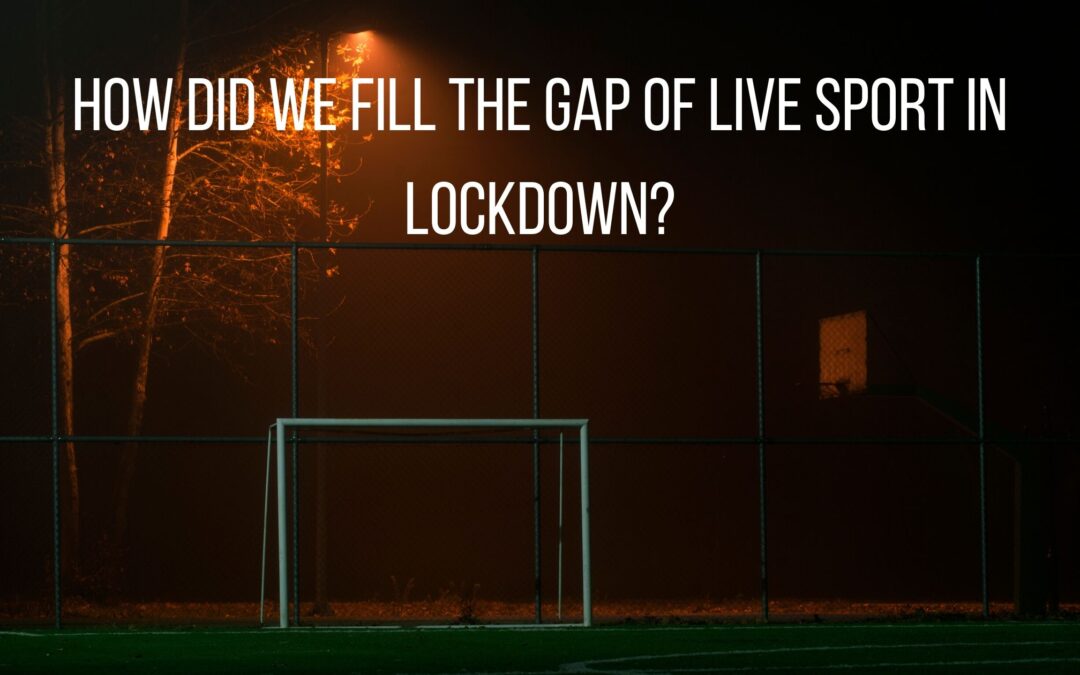 Slowly but surely, sport has started to return across the world, with football back on and behind closed doors in Europe, West Indies arriving in England ahead of the rescheduled test series in July and amazingly, rugby being played in front of crowds in New Zealand. But how have we filled the void without sport for the last few months?

The quality of podcasts have arguable flourished during this unprecedented time. With the drop in “standard” sports coverage to review, they have been forced to innovate with the content that they put out and many have raised the bar. Some of our favourites like The Football Ramble, Guardian Football Weekly and Tailenders have taken the chance to have in depth and well researched discussions on topics as they arise or take a nostalgic look at previous matches. This leads us onto our next point…

Premier League Years was a welcome saviour at the start of lockdown, but we soon exhausted this and felt like we were watching Tony Yeboah volleys on repeat. Then as podcast channels started to review iconic matches from down the years, we dipped into the archives and followed suit. Fifa’s YouTube channel uploaded a number of matches in full and soon found ourselves watching Italy vs Brazil from World Cup ’82 and Brazil vs France from ’06, whilst Sky Sports replayed the Headingley Test Match from last summer’s Ashes with Ben Stokes’ heroics and Jack Leach’s glasses cleaning! Club channels then started uploading games themselves to YouTube which has gone down very well with fans and given a chance to watch and relive these in full.

Like a lot of the UK, we have been involved in a multitude of quizzes with mates during lockdown; helping to break the Groundhog Day feeling of weekends without pubs to watch football in or matches to go and see live. Given our obsession with the Beautiful Game, a fair few rounds of our quizzes have been dedicated to football; ranging from Celtic’s English Contingent to Bundesliga History and Arsenal’s Invincibles. Who knew that David Bentley made 8 appearances during the Invincibles season?

Who’s managed to take a League Two side into the Champions League over the last few months? FM manages to steal so many hours of our time in normal circumstances, let alone when all sport has been taken away, so this was always going to be up there as a source of entertainment! It was made free to play for a couple weeks in April and we’d love to know who managed to make the most of this opportunity!

As you may have seen on our social media accounts, we have been super busy during this period with framing. Like all companies, we had to make changes to how we worked in light of the advice from the government but we have been able to continue to framing customer orders and want to thank everyone for their support! It seems that lockdown was a good opportunity for people to go up into their attics and dig out old memorabilia they may have forgotten about, but is now taking pride of place on an office wall, ready for the next Zoom call!